We use cookies to provide you with a better experience. By continuing to browse the site you are agreeing to our use of cookies in accordance with our Cookie Policy.
Home » Raymond Corp. marks 100th anniversary

The Raymond Corporation celebrated its 100th year in business this week, marking a century of innovation in the material handling industry. Past and present company leaders, employees, and business partners, as well as state and local government leaders, marked the day with a ceremony at Raymond’s Upstate New York headquarters and manufacturing facility on Tuesday.

Raymond’s founders launched a series of inventions in the 1920s and 1930s that set the firm on a path of innovation that continues today, company leaders explained during the event. Steve Raymond, former president of Raymond Material Handling Concepts and grandson of company founder George Raymond Sr., pointed to two company inventions that revolutionized the material handling industry and set the company on its innovation course: the double-faced wooden pallet and the hydraulic lift truck that was designed to move it. Both products were patented in the 1930s, and the double-faced wooden pallet remains an industry standard today, according to Raymond, who characterized the product as the company’s single greatest contribution to material handling. Its design allows for high stacking of crushable goods and has helped standardize the way products are stored and transported.

“It literally changed the world,” Raymond said during a presentation at Tuesday’s event.

The Raymond Corp. later donated the patent for the double-faced wooden pallet to the material handling industry, focusing its work on forklifts and other material handling equipment. Today, the company produces tens of thousands of lift trucks each year from its flagship manufacturing facility in Greene, N.Y., as well as a second facility in Muscatine, Iowa.

Raymond’s anniversary celebration includes an interactive, museum-style exhibit that showcases the company’s history of innovation. The exhibit is on display in Greene, and will travel across the country to various Raymond Solutions and Support Center facilities, with the celebration ending at the ProMat industry event in March 2023.

Raymond also launched an updated version of its virtual reality (VR) simulator, in conjunction with both its anniversary celebration and National Forklift Safety Day, which also took place this past Tuesday. The VR simulator is a flexible teaching tool that uses immersive technology to train forklift operators. The updated version of the tool includes a smaller, lighter case for easier maneuverability and setup, as well as a wireless all-in-one VR headset. The simulator uses training modules that build on themselves to help operators reach higher proficiency levels faster and feel more confident before running a lift truck on the warehouse floor. 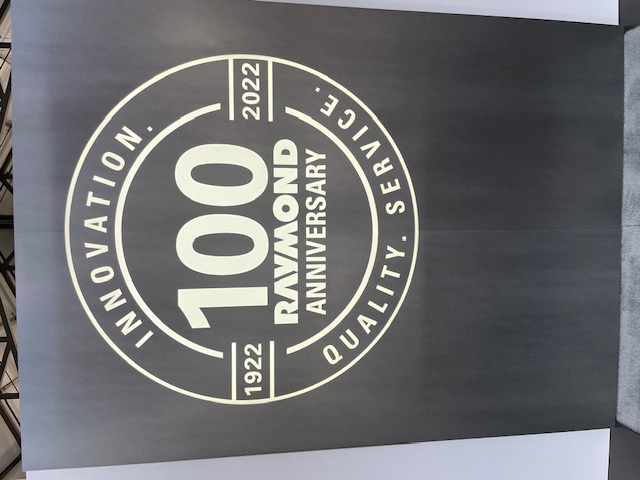 Q1 Outlook: Carriers will continue to compete for limited demand