We use cookies to provide you with a better experience. By continuing to browse the site you are agreeing to our use of cookies in accordance with our Cookie Policy.
Home » Leaving behind a legacy of excellence: interview with Mike Romano
THOUGHT LEADERS

Leaving behind a legacy of excellence: interview with Mike Romano

As he heads into retirement, Mike Romano looks back on his 40-year career in an industry that has risen from obscurity to widespread acclaim (and even made its debut on prime-time television). 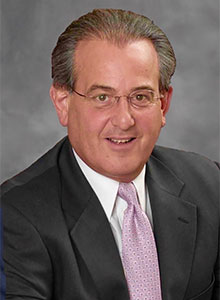 Mike Romano has just retired. After more than 40 years in the material handling industry, he’s going out on top, departing with a wealth of knowledge and experience gleaned from just about every corner of the supply chain.

Up until his March 31 retirement, Romano served as president and CEO of Toyota Advanced Logistics North America (TALNA) as well as CEO of its subsidiary, Bastian Solutions, an Indianapolis-based systems integrator and supplier of automated material handling equipment. He had been with TALNA since it was formed in 2017 following Toyota’s acquisition of Bastian.

Prior to that, Romano was president and CEO of Associated, a provider of integrated supply chain solutions and distributor of Raymond equipment in Addison, Illinois. During his tenure, Associated grew its revenues to $250 million from $80 million. He also logged stints at Abel Womack, The Raymond Corp., and Dierckx Equipment Corp.

Since Mike Romano has given so much for so long, we couldn’t resist asking to pick his brain one more time before he heads off to retirement in the Arizona desert. He spoke recently with **{DC Velocity} Editorial Director David Maloney.

Q: You have worked in just about every aspect of the material handling industry during your career, including stints at a dealership, a manufacturing company, and a systems integrator. What have you learned about the industry and what changes have you seen in that time?

A: In over 40 years, I can assure you I have learned a lot. I have seen the industry through economic cycles and many different business transitions. When I first got involved in the industry, it was fairly invisible and lacked brand recognition, which led to an inverse relationship between price and value. We were a “cost,” and when people acquire things that are a cost, they try to reduce them. That was what we were always facing as an industry.

I have tried to work toward improving value recognition and building a brand for our industry, and, frankly, what better time to retire than when I see that that has finally happened? Everybody understands supply chain now, where they may not have before. Customers really place a very high value on us and what we bring to the table. The pandemic has only accelerated that. Customers view us differently now. They no longer see us as a kind of commodity, like paper towels.

Q: What technologies have had the biggest impact on the industry in the past 40 years?

A: It really all comes down to automation and all of the emerging technologies in that sector, with bots and autonomous vehicles, and robotic picking—actually, robotic pretty much everything. It is just taking automation to the next level. I think that is the biggest change where technology is concerned.

The other thing was when we elevated forklifts from very rudimentary vehicles to highly sophisticated machines through the addition of microprocessor-based, solid-state technology. That was a major change in our industry and a major change for our customers, who saw their productivity rise and downtime drop as a result. We got closer to automotive quality at that point.

Q: How much of an impact has the e-commerce boom had on distribution and the kinds of material handling systems people want now?

A: That is fundamental to the kind of change the pandemic has accelerated, if you think about how everybody is shopping online now. You see companies that don’t have a solid online platform going out of business, while the ones that do are thriving. We are certainly proud to be part of some of those success stories, like Dick’s Sporting Goods, which has been airing ads during Sunday night football games that show our system in the background. That just helps our industry, you know—displaying a warehouse system in a prime-time ad. Who would have imagined 20 years ago that this would someday happen?

When you’re distributing to traditional brick-and-mortar stores, more than likely you’re moving pallets. But with e-commerce, you’re shipping to one person at a time. It requires totally different storage and fulfillment systems to accomplish that effectively.

Q: What kind of an impact will microfulfillment have?

A: Large, because all of a sudden, companies have woken up to the reality that they have to deal with this last-mile issue. How do you do it? Do you do it with drones, with bots, or by using Uber to make those deliveries? Any way you look at it, it is very costly. So, what you do is you look at microfulfillment. You give customers the option of picking up their orders, and it just works. Even if you don’t offer customer pickups, microfulfillment puts you closer to the consumer so it’s easier to get that product to them. That is where it is all heading.

Q: You have long been involved with a number of industry associations. Why is that important to you?

A: I think it comes down to learning and helping others learn. Sharing best practices has been a big part of that. But primarily, I have tried to raise awareness of the industry.

As I mentioned, we were somewhat of an invisible industry 30 years ago, and it really affected our talent pool. Kids weren’t looking to work in the material handling industry when they graduated college, even though we offered the same kinds of career paths that other industries did. We just were not in colleges. We were not in front of kids and telling them about us.

That has changed quite a bit through the years. I really enjoyed my time with the CICMHE group—the College-Industry Council for Material Handling Education, which is a collaboration of professors with expertise in material handling-related fields. It started out as an engineering-only group, but we were able to expand its focus beyond engineering to include some of the more general business functions. That allowed us to attract the talent needed to make the industry better.

Q: What opportunities exist today for someone contemplating a supply chain career?

A: The opportunities are endless. It’s just a matter of how hard you’re willing to work, your commitment, and making the right decisions career-wise. Sometimes, that’s not so much about jumping from company to company as it is about investing in a company that will continue to invest in you. One piece of advice I often give students and even young employees is that the grass is not always greener. Sometimes, you just have to hang in there, build your reputation, and demonstrate your value to a company before an opportunity presents itself.

Q: Supply chain was a male-dominated industry when you began your career. That has since changed, with more women and minorities entering the field.

A: Yes, it is a really good thing for the industry. The solutions our consultants develop for a customer have to be innovative. They have to be precise. They have to be creative. They have to be perceptibly better than anything else that could be shown to this customer. Your best path to accomplishing that is through collaboration. The more diversity you have among your collaborators, the broader the perspectives you are going to bring to the development of your solution. That is why it is critically important.

Q: We continue to see consolidation within the material handling industry, with many companies expanding well beyond their core offerings. For instance, your company is now a part of Toyota, which traditionally made forklifts but now owns businesses that make other types of equipment and companies that offer design and integration services. How has that changed the industry?

A: I think the traditional forklift manufacturers—Kion, Toyota, and so forth—recognize where the industry is headed. I think from their perspective, they just want to be a more comprehensive supplier and be able to provide more value than they have before.

Q: We’re in the midst of a worldwide recession because of the Covid-19 pandemic. What can the industry expect once the pandemic subsides? Do you foresee an explosion in sales caused by pent-up demand?

A: To your point about pent-up demand, our sector of the industry has almost more demand than we can satisfy currently. I think our part of the industry is somewhat inelastic to economic conditions. Customers recognize that if they don’t have a satisfactory e-commerce model, they had better get there, and they are going to find a way to invest in those systems. We see it all around us. Our order intake has never been higher, and other industry players report the same. Our sector of the industry will continue to flourish.

So why retire now when the market’s the hottest it has been in 40 years? Because I want to enjoy my time before it gets too late. I don’t want to retire and then not have any time left to do the things I want to do.