We use cookies to provide you with a better experience. By continuing to browse the site you are agreeing to our use of cookies in accordance with our Cookie Policy.
Home » Port of Oakland moves ahead on study to widen federal turning basins

The Port of Oakland will begin an environmental review as part of its Turning Basins Widening Study, a project designed to improve how the port accommodates large containerships, port officials said Tuesday.

The Port and the U.S. Army Corps of Engineers (USACE) San Francisco District are in a partnership to study the potential project to widen Oakland’s federal turning basins. The Port expects to complete a draft Environmental Impact Report for public review in early 2023. The review is required by the California Environmental Quality Act (CEQA).

According to port officials, the basins were originally designed for ships that are shorter than the biggest, longest containerships currently moving goods in the transpacific trade lanes. Today, these large vessels have transit restrictions at Oakland, which lead to some delays, officials said in a press release announcing the final phase of the study. The goal of the study is to determine if widening the basins is feasible and would support greater efficiency for big ships maneuvering at Oakland.

“The Port’s turning basins are critical infrastructure both regionally and nationally,” Port of Oakland Maritime Director Bryan Brandes said in the release. “It is important we continue to invest in our nation’s waterways to meet the needs of our customers and the goals of our Port stakeholders.” 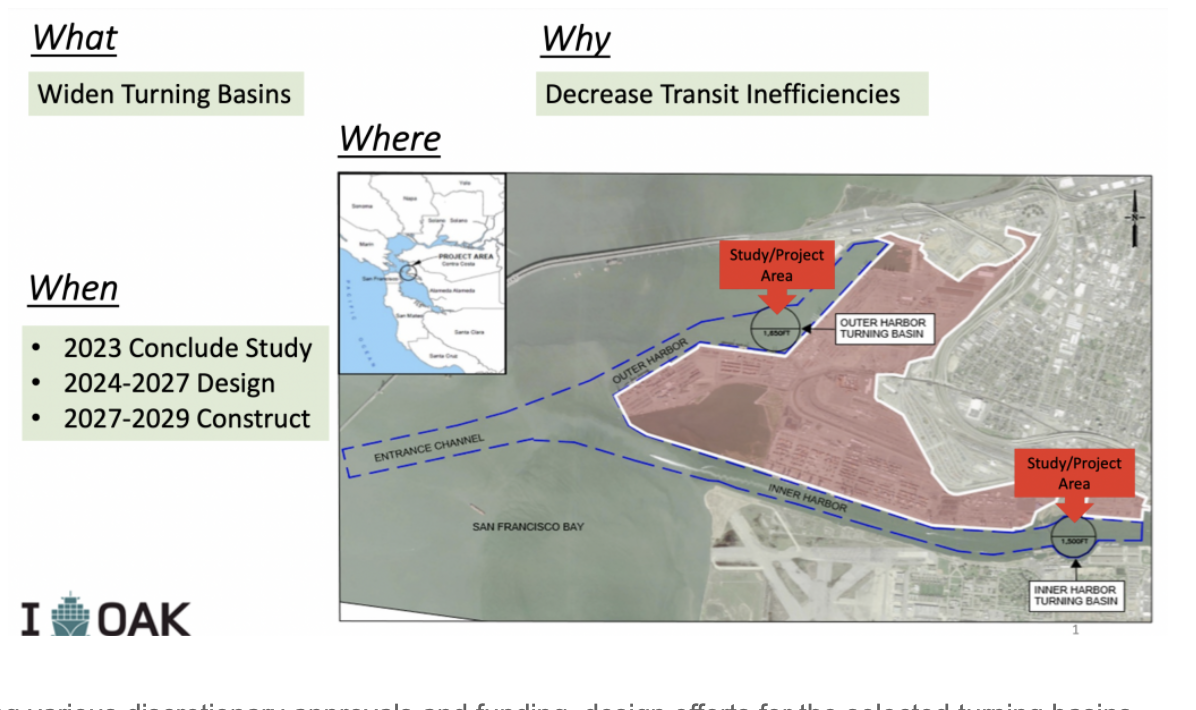