We use cookies to provide you with a better experience. By continuing to browse the site you are agreeing to our use of cookies in accordance with our Cookie Policy.
Home » Spero receives “Distinguished Woman in Logistics” award
INBOUND

Career transportation executive honored for achievements in trucking and education. 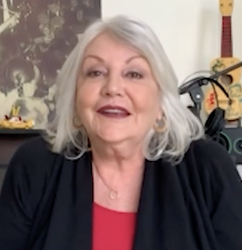 During her 46-year transportation career, Sue Spero has held a variety of transportation executive roles, served as an award-winning educator, and been active in a number of industry organizations. Later this summer, she’ll be recognized for her many achievements when she receives the sixth annual “Distinguished Woman in Logistics” award from the Women In Trucking Association (WIT), Truckstop.com, and the Transportation Intermediaries Association (TIA).

Spero now serves as president of Carrier Services of Tennessee Inc., a nonasset-based third-party logistics company and transportation brokerage she co-founded in 1993. But her career in the business dates back to the pre-motor carrier deregulation days, when she owned a trip lease firm before going on to serve as director of operations for a mid-sized truckload carrier. Her teaching career has included stints as an adjunct professor of international business at Belmont University in Nashville, and as a professor of business and logistics at Cumberland University in Lebanon, Tennessee, where she received the Robert H. Beard Professional Award in 2001 for promoting higher educational standards in the field of transportation. She has also taken on volunteer leadership roles in several industry organizations, including the TIA, where she serves on the group’s board of directors.

Spero will be recognized on stage during the 2020 TIA “Capital Ideas” Conference & Exhibition, along with the other two finalists for the award—Monique DeVoe, director of education and development at RFX Inc., and Tamara Stryker, director of sales and marketing at CFI Logistics. The event is scheduled for Aug. 21 in Austin, Texas.

“Each year, the women who are nominated for the Distinguished Woman in Logistics Award are more visible, influential, and notable,” Ellen Voie, president and CEO of WIT, said in a release. “We are honored to be able to recognize both the finalists and the winner, who are all so worthy of the award based on their accomplishments.”